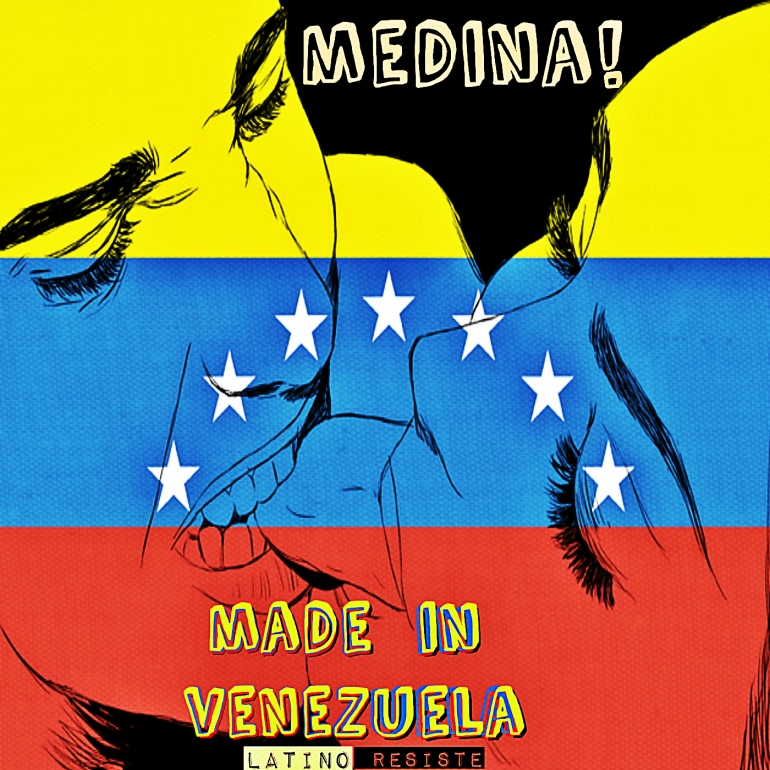 Debut EP from MEDINA!
This producer from Venezuela is part of a whole new generation from dembowistas who have been killing the game lately with those glitchy synths and high octane basslines while maintaining the dembow cohesive flirty vibe.
The EP consists of 5 equally massive tracks, starting with DEM; a great start of things to come in terms of making it clear that moombahton has a total new sonic approach.

Next in line is Venezolana.. a cumbiathon that becomes the actual single and not only a reference to the EP title but this particular sound.

Third track is a wicked collaboration between Chilean producer Lillo and Medina named ETO E REGGEATON that goes deeper into the synth game these guys are achieving.

Fourth tune called HAURZ goes again to MEDINA!’s signature sound so you get a full idea of what his approach is.

Last track is a complete knock out, the one and only TEGO CALDERON revisited by Medina and JavierjoeK